Following the recent Covid 19 events, Editions Gadoury reserves itself the right to cancel or delay any order following the needs, demands or raccomandations of the Monaco Authorities.

How and why were Euro coins created? 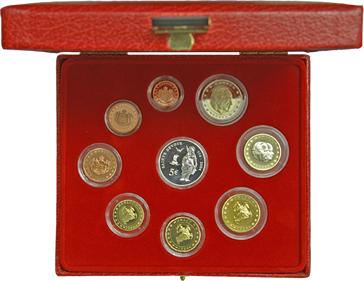 The Unique European Coin that is the Euro is greatest expression of unity amongst the European nations.

The journey started in 1957 with the Rome treaty and six founding nations. It developed significantly in 1992 with the Maastricht treaty when all regulations on Economic and Monetary union were established.

The Euro coin was first born on 1st January 1999. A period of transition began and the Euro became used as a scriptural coin, that is to say that the exchange ratios between the Euro coin and other such currencies were irreversibly fixed.

What is the importance of the Euro coin and how relevant is it to numismatics?

The economic effect that has resulted from the introduction of Euro coins has been vast because it has contributed to the developing stable European unification and stable pricing across Europe. It has also created free competition within an open market.

Why are Euro coins collected?

In 2002 and 2003, the prices of newly minted Euro coins rose to very high levels, but they have now stabilized to more conservative and limited values. However, there remains a large interest in Euro coins, particularly for those most difficult to find, such as the Euro coins of a small country such as the Principality of Monaco, the Republic of San Marino and the Vatican.

Collectors of Euro coins are in their millions and most of them have never previously been a collector, their interest only awakening following the inception of the Euro coin.

How can an investment in Euro coins be profitable?

The fact that so many people have decided to become collectors of Euro coins justifies the high quotations for some Euro coins and their increase in value. 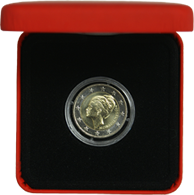 By way of example, consider the 2007 minting of the two Euros from the Principality of Monaco dedicated to Princess Grace. That coin, created during a fair with a price of 110 Euro, is now valued on the numismatic market for more than 1200 Euros and it shows no signs of weakness. This coin that was specifically dedicated to Princess Grace was part of a limited mint of only 20.001 pieces… far too little to cope with the demand of all the collectors.

When you wish to buy Euro coins, it is necessary to be careful and trade only with known and serious professionals. Some internet web-sites, belonging to greater or lesser known firms, are known to be distributing fake Euro coins that can easily confuse costumers.